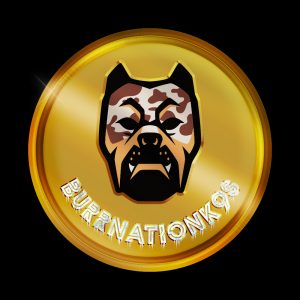 The quick answer is no because of the serious health issues it may cause. Gentle, confident, and extrovert, the American Bully is a great, trustworthy pet. Famous for their kindness to children, they’re also courageous and reliable and will gladly risk their lives to defend their owners.

One peculiar characteristic of American Bullies, as well as many other dog breeds, may be distinguished by their unique coat design that is referred to in the world of dog breeding as a merle coat.

Merle coat patterns can, truthfully it can be quite appealing and that’s why, American Bullies with a Merle coat are sought-after by a few dog breeders and owners.

Unfortunately, the merle coat design can also be linked with numerous health issues. For this reason, it isn’t recognized in organizations like the American Bully Kennel Club and a number of other associations.

This article will discuss the intricacies surrounding the merle coat design and where it originates how it is created, the reasons behind it and the reason it is resented by ethical breeders as well as Kennel Clubs.

We’ll review of the health issues the merle pattern has been associated with, as well as the current debate at the moment within the American Bully community. Enjoy!

Although a merle coat frequently described as the color of the coat, it’s actually an alteration in a particular gene which alters the pigment of the American bully’s coat.

One of the main reasons this coat of merle is desired by some breeders and owners is that it is distinctive to each dog. This means that there is no way that two American Bullies can be the same in the event that they are carrying the mutated Merle gene.

If an American Bully with the mutation in the merle gene crossed with a merle that is not, the pups that result could be non-merle as well as Merle. Combining one merle with another merle usually results in a number of puppies being merles as well as some of them being referred to as double merles.

This is exactly the way some breeders are operating and is the reason for an ongoing debate within the American Bully community right now due to the health issues caused by the mutation.

What is Happening to Most of Double Merle American Bullies?

The likelihood of health issues with the double merle American Bully is frequent. They’re often killed when puppies arrive because honestly, breeders have a tough time selling their dogs.

It is usually performed before the breeder can determine if the puppy is suffering from any health issues and/or not. This, everyone agrees is a pity. This is referred to by the name of “culling” and, unfortunately it is more frequent than you think.

Even the case that a double-merle makes it to a shelter, they are often killed because very few people are willing to take what they see as a “defective” animal.

Some breeders with a bad reputation will sell a double merle being a “rare white” or ‘albino” American Bully to people who don’t understand the difference. In the worst of cases, double merles are often employed to serve as “bait dogs” in dogfighting matches.

The reason why these horrendous circumstances happen more frequently than not is due to breeders who aren’t careful, aware how a double merle may adversely affect their reputation, decide to get rid of them in order to ensure that their breeding program is well and generating profit.

Why Do Breeders Still Prefer to Breed Double Merle Bullies?

The answer is a bit grueling at best, and worst of all, this could cause anyone who is a dog lover very angry. It is a fact that sometimes double merles can be created when two merles are crossed by accident.

Although we do not consider ignorance an excuse, the data that is being shared to the public may not be accurate, leading to this often-disappointing situation.

A bigger issue but, it is the case when breeders deliberately breed Merles together to create a handful of single merle pups for the distinctive and sought-after coat colors they can offer. It is true that most people consider the Merle Mutation coat very attractive, and in many instances it actually is.

This being said knowing that an animal with a double merle is at an extremely high likelihood of having severe health issues such as blindness or deafness is enough for any breeder who is ethical from pursuing them.

However, the practice is still in place and some American Bully puppies are born with the double merle mutation, only to be killed and sold to people who are unaware of the genetic susceptibility health issues, and then are rescued and end up being killed, or worse of all, pushed into the ring of dogfighting and die in a horrible way.

If you wish to purchase an American Bully, check out Burrnationk9s.